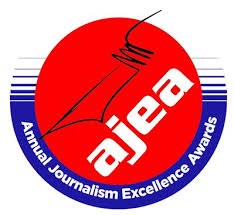 The Good Governance Reporting Award is geared towards upholding the fight against graft, promotion of the rule of law, ethical practices and national cohesion in matters of governance. The articles/stories entered in this category exhibit professionalism and inclination to promote national values as provided for by the Constitution on Leadership and Integrity.

TI-Kenya’s Executive Director Samuel Kimeu notes that the media is one important player in the fight against corruption whose role should not be underestimated.

“As a watchdog, the media plays an important role in ensuring that the country’s resources are well managed and utilized. We therefore urge the media to keep the anti-corruption campaign alive by highlighting the loopholes used by the corrupt and the damage caused to our society,”says Kimeu.

According to Media Council’s Deputy CEO and Programs Manager Victor Bwire, the Good Governance Reporting is key because it fosters transparency and accountability in the use and management of public resources. “Good governance is cornerstone of the watchdog role of the media,” said Bwire.

National Assembly Speaker Justin Muturi, who was the Chief Guest at the awards, celebrated the two reporters who uncovered bribery in the House describing them as brave. It had earlier been reported that the journalists were summoned to appear before parliament over the expose but the Speaker confirmed otherwise.

Hon. Muturi cautioned Members of Parliament against their obsession with “summoning” individuals noting that such powers should be used sparingly and only when necessary. He noted that corruption has led to loss of credibility in both MPs and journalists and called for the need to deal with the vice.

On July 23rd,2018 Transparency International Kenya faulted parliament for vetting Dr. Ben Chumo  for possible appointment to Chair of the Salaries and Remuneration Commission “with full knowledge of criminal proceedings against him.”

“..a failure to situate public appointments within the ethics and integrity parameters of our Constitutional framework undermines our national journey of integrity. It perpetuates, rather than seek to eradicate corruption in our public affairs and dampens current efforts at cleaning the public sector of pervasive graft.” read part of the statement.

About the Annual Excellence Journalism Awards

The Media Council of Kenya runs the Annual Journalism Excellence Awards [AJEA] in May each year. The awards recognize excellence in journalism, encourage professionalism in the practices of journalism as provided for by the Code of Conduct for the Practice of Journalism in Kenya and inspire Development Journalism in Kenya in respect to Vision 2030. The journalism awards encourage journalists to excel and adopt a professional style that is acutely conscious of its role as an agent of change and development in the country.

TI-Kenya appreciates the key role of journalists in fighting graft and will continue to support good governance reporting – towards a corruption free society.